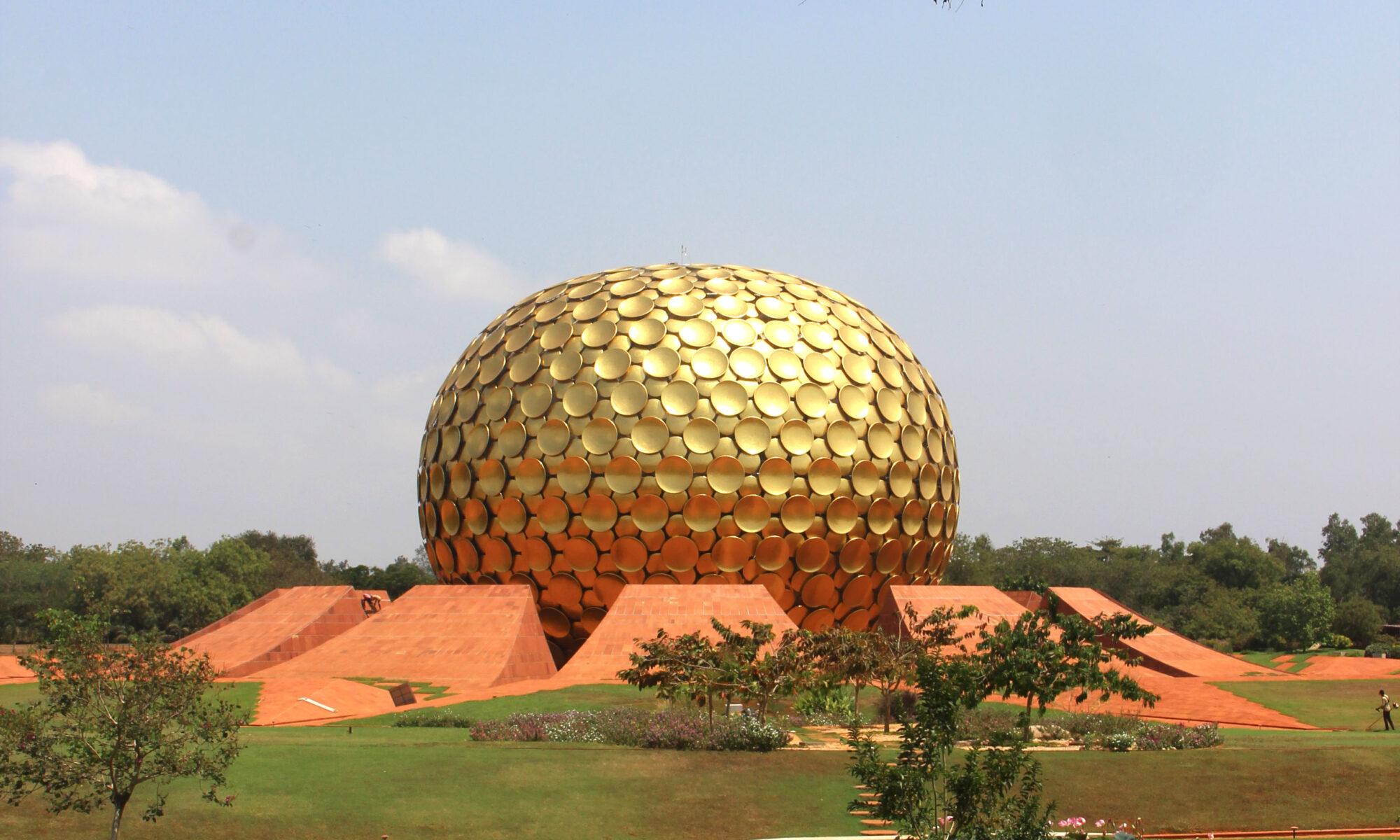 Pondicherry (or Pudicherry), a French colonial settlement in India until 1954,is an Union Territory town based in the Southeastern Tamil Nadu state.

Walking along white town (the french quarter area)one can see coloured buildings or different art work on the walls making one feel as if they are walking in one of the French towns. It is one of the few places in India where the French had initially set base and even today you can see the original buildings in pristine conditions easily identifiable with the shades of yellow and white. Most of them have been converted to boutique hotels, restaurants or house gorgeous shopping outlets.

For me personally this was one of the beautiful place in India which I feel one must definitely visit. This was one more hidden treasure which I don’t know why it took so long to discover. I guess Pondicherry is not talked about much when planning a holiday which all the more made me eager to see it.

WHEN TO TRAVEL TO PONDICHERRY

Summer is from April to June. This happens to be the school holidays which might result in crowd. The temperature can reach upto 40 degrees celcius which is a good weather to enjoy the beaches.

Monsoon is from July to September. Due to the proximity of the sea it can get very humid. However one can enjoy the lush greenery which stands out during the rain.

Winter is from October to February. Since the weather is pleasant a lot of the activities can be enjoyed during this time.

TRAVELING TO AND AROUND PONDICHERRY

Depending from where you are coming from it’s possible to get there by road, train and plane. The airport is recently built and they currently has two flight- one coming from Banglore and the other Hyderabad. We used the plane option.

There are also many trains coming from Chennai, Mangalore, Santragachi, New Delhi, Villupuram, Kanyakumari, Tirupati, Howrah, Yesvantpur and Dadar Chaulkya. Note you will have to find the exact date as each place differs. Chennai, Villupuram and Tirupati have trains that run daily.

After reaching Pondicherry one can either rent a car, use taxi, rick or even opt for a two wheeler or bicycle. Ours was a combination of bicycle, rick and two wheeler while sight seeing.

WHERE WE STAYED IN PONDICHERRY

There are many hotels to chose from. We decided to stay in white town because we felt it was ideal to travel from here to all destinations. White town also gives a very unique feel to the whole place, where one can try out different restaurants and also enjoy evening walks in Le Promenade.

We decided to stay at Le Dupleix. The hotel had a history of being built by a prominent french architects. It is also the former french mayor’s house. There are various different rooms available, each looking completely different to the other. The desks are all dating back to 18th century , long windows and nice cubicles for the washroom. I personally felt the room itself gave a very unique charm to the whole Pondicherry experience.The highlight of the place for us was also the friendly Le Dupleix team especially Mr Prabhu the hotel manager. Having been raised in Pondicherry made him really know the place very well and he ended up being our guide. Although we had a rough idea of the places we wanted to see, he helped us find the local shopping and eat out joints.

They also own Le Promenade Hotel which is right at the Promenade. We opted to have our morning complimentary breakfast there as they had more varieties than our hotel.

THINGS TO DO IN PONDICHERRY

It is a small town which is 6 km north of Pondicherry. A township which was built with the belief that men and women of all countries can live in peace and harmony. In 2018 Auroville was celebrating its 50th year.

With hardly any trees initially its now widely been reforested with close to 2250 acres of town. There is an extensive network of roads and cycle paths, some stretches block paved with solar-powered street lighting.

Situated in the middle of an emerging city of Auroville is Matrimandir. It is known to be the Mother of Sri Aurobindo Ashram. It’s not a meditation centre but a place for individuals to do silent concentration. The foundation stone was put on 21st February 1971 where 124 nations of UNESCO plus 23 Indian State united with the hope that one day everyone can stay together in peace. Surrounded by twelve petals it’s in a form of a sphere where there are golden discs placed, which on reflection from the sunlight gives its radiance characteristics. There are four pillars namely Maheshwari, Mahakali, Mahalakshmi and Mahasaraswati, each individually symbolising its unique characteristics.

After Sri Aurobindo retired from politics he moved to Pondicherry where a small community of disciples gathered around him. Its a place which provides a vision of Sri Aurobindo and The Mother and their methods of spiritual practices. Inside the ashram one can find various exhibits of books, videos, text, photographs and captions. Silence is maintained inside the ashram and in doing so one feels at peace. It is located on Rue de la Marine in white town.

Reclaimed from the ocean is this 1.2 km beautiful walkway where one can walk without the vehicle traffic from 5 pm to 7 am. The beach starts from the War memorial and ends at Dupleix Park in Goubert Avenue. One can spot the Chief Secretariat, Gandhi Statue, Old Pier, Old custom house, French War Memorial, Rock Beach, and Old Harbour. The beach is surrounded by rocks hence the name.

Built to commemorate the brave soldieres who died in the First World War. It is in Goubert Street located opposite Gandhi Statue.

One of the tallest (four-meter square) statue of Gandhi in Asia which is surrounded by eight magnificent granite pillars which was bought from Gingee, fort 70 kms from Pondicherry. It is said to have a tunnel below the statue which leads all the way to Gingee.

The French Government commissioned his statue in Pondicherry as he was the most illustrious French Governor. It’s located in Goubert Avenue at the southern end overlooking the Children’s Park.

It was once the location of the first French garrison and Fort Louis which was destroyed by the British. At the centre of the park is the Aayi Mandapam, a white monument in Pondicherry built during time of Napoleon III. The monument is supposed to recall the provision water to the French city during his reign.

Operated by the Pondicherry Tourison Development Corporation (PTDC), this is a short drive from the city towards Cuddalore. There are various boat ride activities and also trips to the beaches from here. It is a wonderful way to experience the backwaters with thick mangrove forest.

An isolated beach which can be reached in roughly 20-30 mins through ferry from Chunnamnar boathouse along the backwaters. Just as the name suggests its truly a paradise due to its peaceful and serene ambience. During our visits some sections had been opened for the public to enjoy and the rest used by the locals to do their fishing. A very well respected beach which is clean and looked after by security guards. There are also many activities at the beach

20 mins drive to the north of the town close to the east coast road, is this beach which lives up to its name of offering a calm and serene atmosphere. It is known to be the cleanest beach in Pondicherry and is very popular with the surfers as it has bigger waves then the adjoining Auro Beach.

BASILICA OF SACRED HEART OF JESUS

This church was establish in 1908, first basilica in Pondicherry. Its situated on the south boulevard of Pondicherry.Specimen of Gothic architecture contains rare stained glass panels depicting from the life of Christ and Saints of Catholic Church.

OUR ITINERARY IN PONDICHERRY

Landed at airport, took rick and checked in at the hotel.

Morning decided to hire a bike and leave to Auroville.

Booked our tour inside Matrimandir (remember its 2 days advance booking).

Spent the whole day in Auroville hence hired a bicycle to explore the place.

Got a glimpse of Matrimandir from outside.

If time permits then I would recommend Auro beach.

Had breakfast and decided to have a beach day.

From here we headed to serenity beach.

Next went to see the Rock beach up close.

Came back to hotel, rested and headed for white town tour on our bike. We also explored the old town at the same time.Randomly decided to take each and every turns to get better view of the town.

Did street shopping from the locals.

Woke up early and went to see the sunrise at The Promenade.

Had early breakfast and headed to Auroville for the early Matrimandir visit.Went through the guided tour inside Matrimandir.

We tried some local shops as per recommendation from our hotel manager- namely Cottage Industries, Kalki, Anokhi.

Headed for Basilica of Sacred Heart of Jesus

PLACES TO EAT IN PONDICHERRY

Villa Helena Heritage Guest house and restaurant- we wanted to try this but it was closed for renovation.

Most of the above restaurants (except Auroville bakery which is in Auroville) you will find around White Town. We used google map to get to the restaurants.

There were many more restaurants which we wanted to try out but ran out of days.

THINGS TO NOTE IN PONDICHERRY

If your planning to visit Matrimandir make sure you go to book ahead as it requires prior booking they only allow limited people in the mornings.

In Matrimandir shoes are not allowed. This was not clear when we checked the net. They do give you a socks to wear to keep the place clean.

Bags (including wallets) are also not allowed inside Matrimandir so make sure you leave everything in the hotel. They do have lockers where you can store them.

Carry your sun protection as it’s really humid and one can easily get tanned. If travelling during the monsoons then a poncho or an umbrella is definitely needed.

Flights to Pondicherry from Banglore are small so those with ear problems might need to take precautions.

Paradise beach, although very pretty, is restricted due to the fishermen’s interest. I would recommend going early morning as the place can get crowded due to the restricted area.

There are ATV rides in Paradise beach. Try it, for me this was my first experience riding one on the sand.