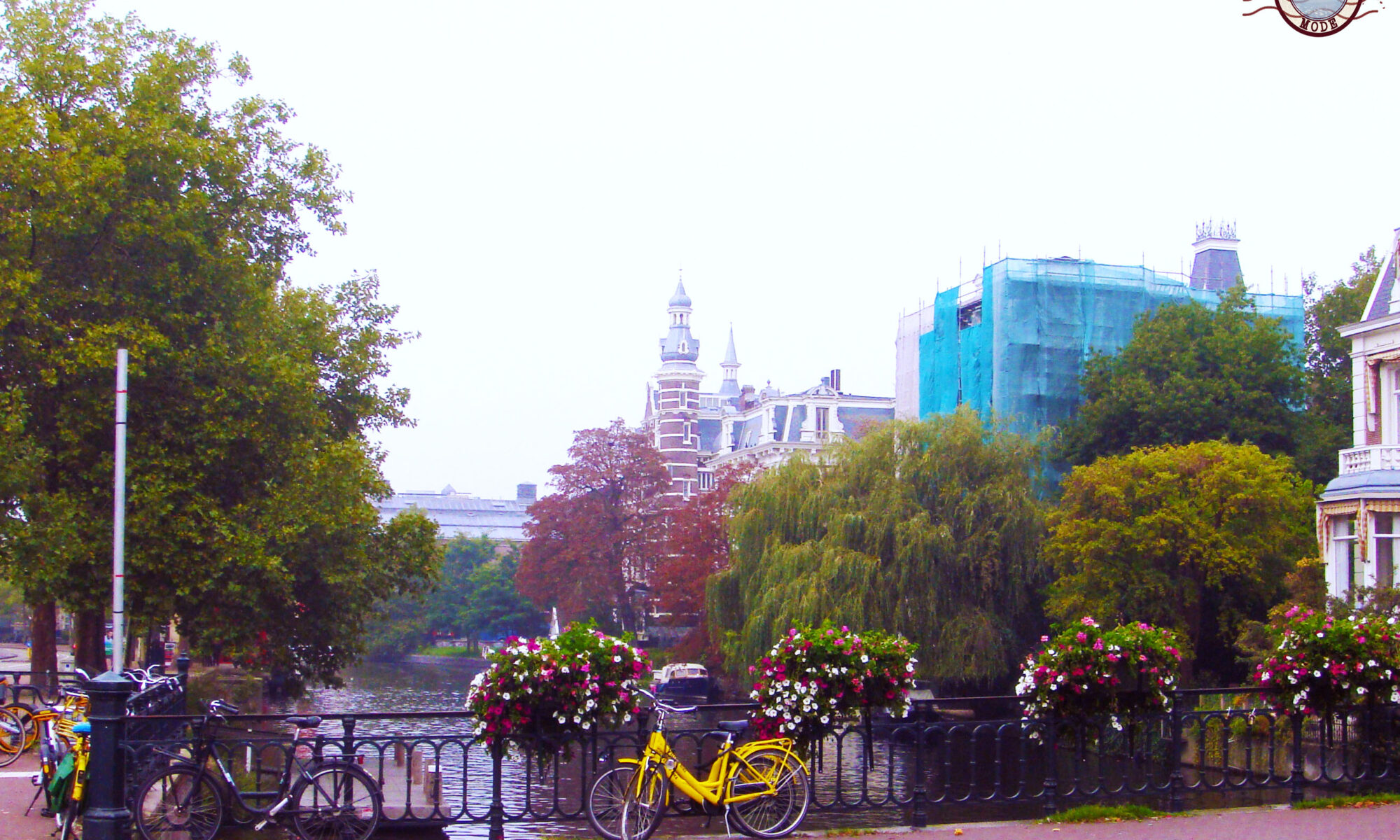 Memories are so strange when I think of Amsterdam the first thing which comes to mind is the canals and the one place where I saw more cycle than people.

For me personally a visit to Amsterdam was to see the 17th century canals, enjoy the tulips, indulge in eating cheese, wonder around the windmills and explore the city on a bike. These were the main things on my agenda.

Just as we reached Amsterdam everything started to go downhill for us all thanks to the rain. Everything we had planned went out the window and we were left to change our plan.

Was it like our other holiday? Of course not! Did we still end up enjoying? Of course yes!

If I was to visit Amsterdam again I would do so many things differently.

For us weather is the main thing which went wrong. Amsterdam weather can be very tricky, rains a lot here.

During our research we had read that between April to May and September to November is considered to be the best time to visit. Our visit was in September but we did experience rainfall, maybe it was our bad luck.

Should you visit between April and May then you will also see the tulips bloom. Personally I would have preferred this option if I had only Amsterdam in the agenda.

If you don’t mind the cold then December to March can be your time of visit. It is said that January does experience a drop in tourism hence a fall in hotel prices.

We were traveling from Brussels so we had chosen Thalys train option to get to Amsterdam. Our bookings were done online, keep monitoring the time and price to choose the option which best suits you. We had traveled early morning and everything went on smoothly.

We wanted bike to be the main mode of transport for us during our stay in Amsterdam. Due to the rains we actually dropped this idea. My recommendation is to choose this option to enjoy your time in Amsterdam.

GVB is the main company running Amsterdam City transport. You have to check in and check out your ticket in every travel. Cash is not accepted on the trams and buses. The tickets can be bought at various GVB service points, in machine and info counters.

There are various ticket options to choose from. I-Amsterdam city card (gives options to museums along with the rides) ; GVB day passes (as the name suggest day wise travel) ; Amsterdam & Region travel ticket (valid for unlimited travel along with surrounding areas) ; Amsterdam travel ticket and Old Holland tour and  OV-Chipkaart (which is the rechargeable card). For tourists I feel depending on your length of stay and what you plan to do the card option should be chosen. We had chosen the single day tickets and it worked out perfectly for us.

Personally we used the trams, metro, buses and sprinters during our stay. We found the transport easy to follow and had no issues.

WHERE WE STAYED IN AMSTERDAM

We had stayed at Ibis Amsterdam City West for one night. We choose this hotel as it fitted our budget and have stayed in Ibis hotels in the past and weren’t disappointed.

The hotel is located in the bus route which takes directly to Amsterdam Central Station. There is also a metro station within 5 mins walking from the hotel. Transport wise we were very happy with the access. The rooms were typical Ibis styled and ours was clean. The staff were friendly upon check in and made sure our stay was comfortable. Overall we were happy with choosing this option and would recommend.

THINGS TO DO IN AMSTERDAM

In 2010 the 17th century canals was listed as the UNESCO World Heritage Site. It is said to be the Venice of the North.

On top of our list was to see and enjoy this during our visit to Amsterdam. We didn’t do the canal cruises because of the unexpected rains. But I would highly recommend doing it. There are many tour companies to choose from, I would recommend planning ahead. We hadn’t done much research on this thinking we will decide after reaching, biggest mistake to avoid.

While we were walking we didn’t know but we also happen to walk around Jordan as well. We enjoyed walking along the banks, over the bridges and loved it during the sunset.

It is the largest stations in Amsterdam and also said to be the busiest one. The reason I mention this place is because I particular liked the architecture. Many parts of the station was under renovation during our time of visit. The interior is very lively with lots of shops and restaurants. You don’t have to make a particular visit to the place, you will end up passing it while exploring the neighbourhood.

Randomly walking along the street of any new city is by far my favourite thing to do whenever I visit a place. We actually had nothing in mind when we set on this journey, had a map on hand and walked along the lanes. Let our eyes be shocked and in total awe with whatever was on the path.

Great cafe’s, markets, Dutch restaurants and bars along the way to sit down and enjoy your time in Amsterdam. The whole place was not necessarily clean but still we did enjoy exploring it.

It is a Dutch art and history museum which dates back from the Middle Ages to the present day. We didn’t see this museum from inside as we were pressed with time. From what I have read about the place many seem to be impressed with it, should you have time would recommend visiting.

My love for flowers and plants made me want to see the blooming Tulips another reason for visiting Amsterdam. What better place then to see the world’s only floating flower market!

There are lots of souvenir shops along the way. Many shops sell flower, seeds and bulbs of various different types and colour. I have read many locals complain about the place, some do say the bulbs don’t really come out the colour which it says it should. I didn’t make any purchase but loved seeing the vibrant colours which the place had to offer during my visit.

As we were exploring Old Town we stumbled on to the Royal Palace. This is one of the three palace which is monarch by the Act of Parliament. In the 17th century it was built as a city hall. It’s a very impressive building on dam square. I have heard the inside is even prettier, would recommend visiting if you have time.

This is said to be one of the oldest hofjes (Dutch word for courtyard with almshouses around). Tall buildings where every house seems to have a closer resemblances to convent. The wooden houses along with churches and chapel are said to be oldest dating back to about 1528.

When we first entered the tiny alley we felt as if we are in a small ancient village where everything was so peaceful.

This museum has an archive of both the Dutch and foreign films which were screened in Netherlands. We had read a lot about the how the building is said to appear to be in motion hence headed to see it from out.  We also wanted to check out the ferry ride in Amsterdam hence clubbed it together.

As we were wondering around near Eye Film Museum we also came across A’Dam Lookout. It’s an observation deck which gives a panoramic view of Amsterdam. Should you have the time then I would recommend doing this, swing is an awesome experience I have heard.

Our main reason for visiting Zaanse Schans was because we wanted to see the Old Holland. We were keen on seeing the well preserved historic windmills and houses.

The locals complain it is very touristy but for us to see the Dutch traditions all in one place was worth the trip.

The small town along the river with the working windmills really showed another side to Amsterdam. We also had a fun time inside the cheese factory. Everyone there were very polite and always had a smile on their faces.

OUR ITINERARY IN AMSTERDAM

We had used the below map while exploring the place on foot.

THINGS TO NOTE IN AMSTERDAM