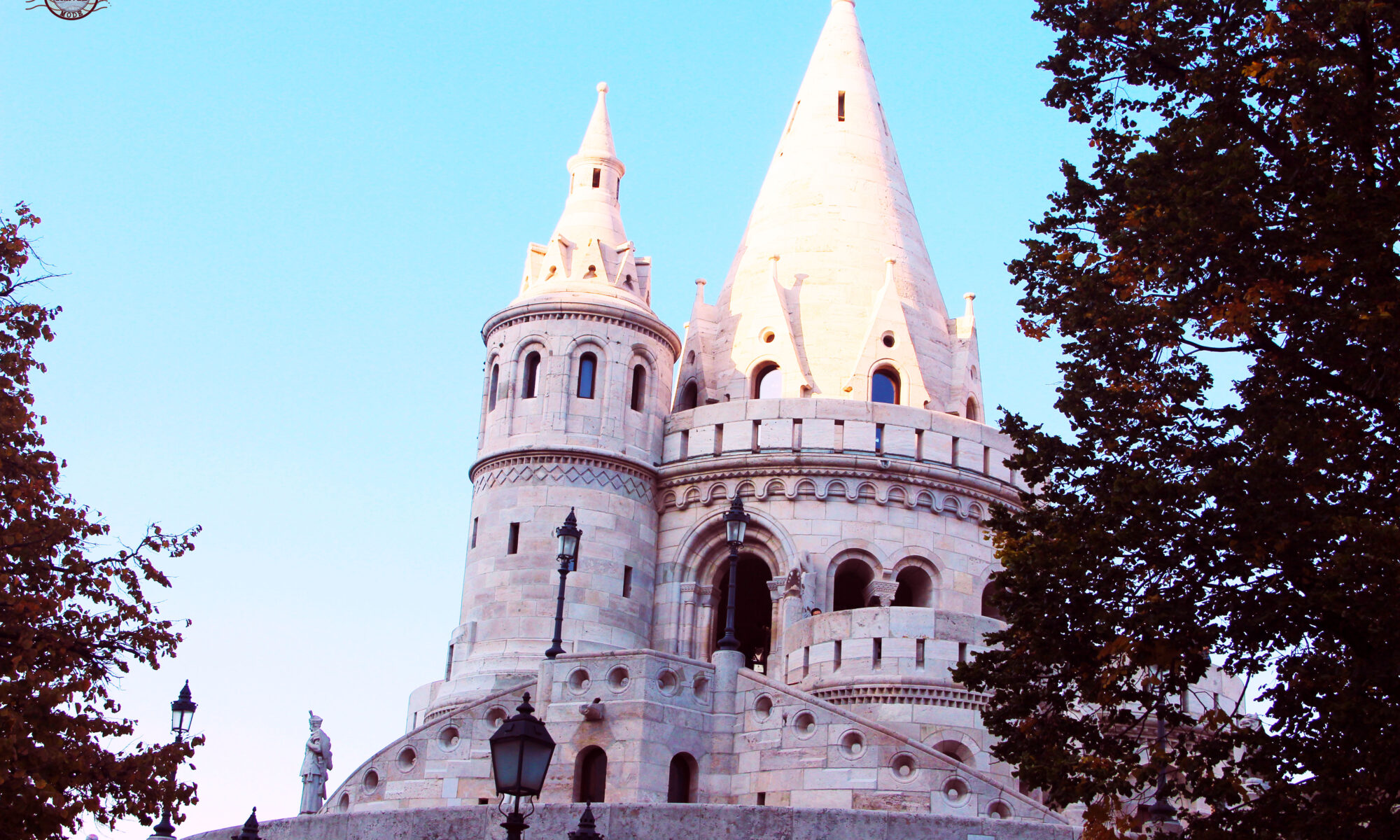 When I was planning our trip to the Europe for some reason Budapest never was on top of the list. I was wrong, I was ignorant and I was totally misguided by what I read about the place. Budapest shocked me, it’s the most beautiful cities of Europe.

Danube River may be an iconic waterway but it actually is more than that. Back in 1873 it was dividing between two cities BUDA and PEST where the bridge connected it to become Budapest. Buda on the west side of Danube is known for its hilly, quieter and classy residential look. Pest on the other hand is the wilder neighbourhood, place where tourist hang out to have some fun.

Budapest left us with a lasting imagine with some of its iconic structures. Give Budapest a chance it will surely surprise you.

Everyone have preferences of weather while picking a holiday. Since we love to explore a place on foot we always like to pick summer or fall. Budapest however I am told is loved and enjoyed both in the winter and summer.

We ended up visiting in October and were very happy with this decision. The place did have crowd but was just enough for us to enjoy it. We loved exploring the city on foot.

We had opted for the overnight train from Prague to reach Budapest. The bookings were done online after monitoring the prices and choosing our date. We didn’t have any issues with booking or during our travel. From Budapest we were traveling to Vienna so again we had taken the morning (3 hour journey) train.

During our time in Budapest we preferred to walk wherever possible with the help of Google and city map we didn’t struggle. When not walking we decided to use the metro lines or tram lines to reach places. There are 4 metro lines and we did use them to certain places. We didn’t struggle traveling as everything was simple to follow. Trams no.4, 2, 47, 49 are the main ones useful for tourist. Do try siting on Tram 2 and enjoy the ride as it runs along Danube, we did ride with no set itinerary and loved what we saw.

There are also taxis, car rentals and bike rentals. Unfortunately we never used any of them.

WHERE WE STAYED IN BUDAPEST

We stayed at Ibis Style Budapest Centre with breakfast plan for 2 nights. Our main reason for choosing this hotel was the location. Since we love to explore places on foot and wanted easy public transport access this fitted perfectly well.

Although the hotel is centrally located we didn’t experience it to be noisy. The staff were friendly and welcomed us warmly. Our rooms were typical styled Ibis rooms which was clean and comfortable. The breakfast had good variety and we were happy with the whole options.  I would recommend the hotel.

THINGS TO DO IN BUDAPEST

With Budapest being divided into BUDA and PEST side we decided to see it also the same way.

THINGS WE SAW IN BUDA SIDE

A link between Adam Clark Square and Szechenyi Chain Bridge and also which takes you to Buda Castle. The original line was destroyed in World War II and then again reopened. There are two trams running parallel to each other. The ride gives you a historical feel, it is a short one and can easily be avoided as the walk up is only 10 mins. But for me personally it was an interesting one to get a feel for history.

The massive Baroque palace was first completed in 1265. In the past it was referred to as the Royal Palace or Royal Castle. A UNESCO World Heritage Site declared in 1987. The castle is now an art and history museum.

It is on the Buda side but its beauty is best seen from Pest side. Walking inside you will come across many architecture and designs. There is plenty to see and during the walk you do lose sight of time. A perfect place to capture pictures of the Chain Bridge, Parliament, Danube River and the pest side.

This was my favourite place if I had to pick one from Budapest. It gives an awesome panoramic view of Budapest and I feel the best place to start. The Neo-Romanesque lookout terraces although always is busy is one of its kind.

As you walk along the stairs you will see on the right and left warriors from 10th century guarding the gate. On the north and south side there is a long corridor which connects both sides, another excellent lookout point.

Then there is also statue of Stephen I in the southern court. The base of the statue is built in Neo-Romanesque foundation which has an interesting story of its own.

It is majestic and impressive from outside and the inside also has a lot of beautiful art. A beautiful part of the history is nicely preserved inside the church. From outside the facade and roof of the church is in Gothic styled.

It is decorated with colorful and glazed roof tiles which are unique. For me personally I feel this was the prettiest church from out, maybe because of its colors.

Very close to Buda Castle is the popular landmark. It is also referred to as the Trevi Fountain of Budapest. The group includes the hunting party led by the king of Hungary, Matthias Corvinus. The back of the fountain has two pairs of giant Corinthian columns. King Mathias is standing on the highest rock. I personally found it to be an interesting theatrical fountain, one showing a hunting scene. It can be easily missed, we happened to stumble on it and loved what we saw.

This bridge is in between the Buda and Pest side. It was the first permanent bridge across Danube.

The famous lion statues at the end of the bridges gives it a fierce look. Walking along the bridge seeing the thick chains you can relate to how it got its name.

We choose to walk along the bridge on our way to Buda Castle and enjoyed seeing the details. At night during our Danube boat ride again we saw the place light up showing a completely different side. I am not sure which I preferred as both had its own beauty to it.

THINGS WE SAW IN PEST SIDE

Situated in the Pest side in the eastern side of the Danube banks. It is the largest building in Hungary which has received the UNESCO World Heritage Site.

The view of the main facade is beautiful both during the day and at night. It is another Gothic revival style which has a symmetrical facade and a central dome. The facade displays statues of the Hungarian rulers, Transylvanian leaders and famous military figures. On the window the coats of arms of the kings and dukes are depicted.

The view of the Parliament Building from the Buda Castle and from the Danube River cruise at night was the highlight for us.

Located on the pest side but seen beautifully on the Buda side as well. We loved seeing everything around Danube River and it provided a perfect backdrop in most of our photos.

To enjoy it more we walked along Danube Promenade which is from Szechenyi Chain Bridge to the Ersebet Bridge. We enjoyed this place on foot and also in Tram no.2. There are benches along the way for you to sit and enjoy it even more.

We loved it so much we decided to do the nice cruise along Danube River. The cruise itself we opted for was simple one but the views it offered as Budapest lit up was spectacular. This is one thing which I would recommend everyone to do.

In April 2005 it was erected as a memorial in honour of the Jews killed during World War II. They were told to take off their shoes and after being shot their bodies were carried away by the river.

It is on the pest side, a sad place but the history is displayed with a fantastic idea, very impressive. The bronze replica of the different kinds of shoes makes you visualise the past.

A Roman Catholic basilica named in honour of Stephen, first King of Hungary. Equal to the Parliament Building at a height of 315 ft. It is the two tallest buildings in Budapest.

The church is beautiful both inside and out. The facade has two large bell towers. Inside the basilica it is filled with rich fine arts. The dome above the sanctuary shows the representation of the God. I particularly loved the cupola and the windows depicting St. Margaret ad St. Elizabeth.

The largest and oldest indoor market in Budapest. It is located on the pest side of the Liberty Bridge at Fovam square. The building is stunning and there are lots of fresh food stalls on the ground floor with the top selling souvenirs for tourists.

The place has received mixed reviews overall. Although we didn’t experience anything bad we heard it’s pricey and the food were soggy. We actually didn’t feel so maybe we choose the right one on our given day. It was a lovely experience seeing the locals in another way.

The Seven chieftains of the Magyars and other important Hungarian national leaders have their iconic statues in this complex.

On top of the column is the Archangel Gabriel who holds the Hungarian Holy Crown and the apostolic double cross in his hands. There were many statues each telling a story like the man with a snake that symbolises war, the couple of labour and wealth and many more. Although the place is in a busy intersection there is a lot of things to appreciate about it.

A beautiful square with a lot of history to it. We saw it during the day but I had seen photos were it looks equally pretty at night.

The oldest line of the Budapest metro and is known as the “small underground” by the locals. It was quirky and authentic and I loved it. We used it as it had the history of being the oldest and was near to Heroes Square. Don’t forget to buy the tickets and validate it. There is a huge fine should you not have a valid ticket and the officers are always waiting to catch you.

The 235 m high hill overlooks the Danube in Budapest. The hill is named after Saint Gerard who is said to be thrown from the hill. This has been a UNESCO World Heritage Site as part of the Banks of the Danube.  We really wanted to see this place but only saw it from a distant.

OUR ITINERARY IN BUDAPEST

Below map can be used a guide to plan the order of visiting each places.

THINGS TO NOTE IN BUDAPEST